The pig manure organic fertilizer production line goes through primary fermentation and secondary aging stacking. First of all, the stink of animal manure was eliminated. In one fermentation, straw, plant leaves, weed powder and other plant stems and leaves should be added in proportion. At the same time, the fermentation bacteria should be added to decompose the crude fiber, so that the particle size after crushing can meet the particle size requirements of granulation production. 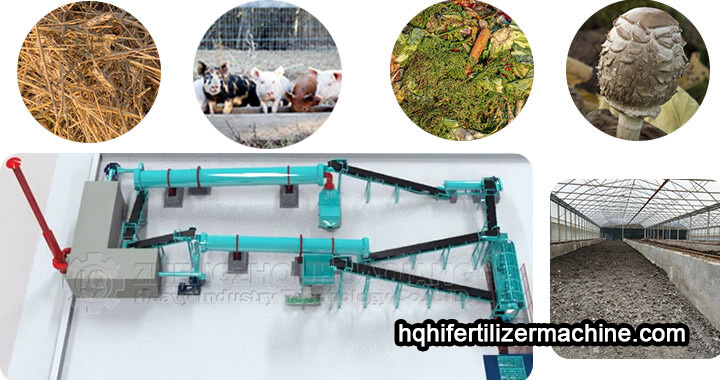