Odor generation stage in organic fertilizer production line: it first occurs in the beginning stage of fermentation, because the rapid degradation of easily differentiated organic substances consumes a lot of oxygen, and then forms partial anoxia, resulting in small molecular organic substances and hydrogen sulfide. At this moment, because the pH is low, ammonia evaporation is not easy to occur. After about 1-2 weeks, a lot of ammonia evaporation occurs with the increase of pH value of compost. At this point, compost has gradually completed a fermentation of compost. 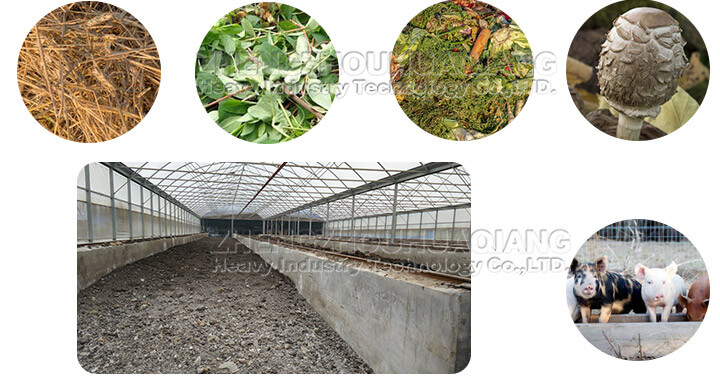 Odor elimination and inhibition in the organic fertilizer production line: the occurrence of odor can be inhibited to a certain extent by adjusting the ventilation of materials, increasing the ventilation volume and increasing the adsorption materials. However, due to the concentration of odor, the large quantity of fermentation materials and the relative closure of the fermentation site, the odor concentration in the fermentation site is extremely high, and sometimes the ammonia concentration in the site is more than 300mg / L. This also causes a lot of nutrient loss. Measures need to be taken to collect and deal with.