In the process of fermentation, the adjustment of material moisture, carbon nitrogen ratio, temperature and the use of maturity agent are the key to the organic fertilizer production line, especially the application of bacteria agent, which directly affects the period of material fermentation and maturity. The commonly used fertilizer equipment is the fermentation windrow turner, saving time, simple process and playing an important role in ventilation and supply. The decomposed material basically realizes the harmless of the product, which is also conducive to the survival of the functional bacteria added in the post-treatment process. 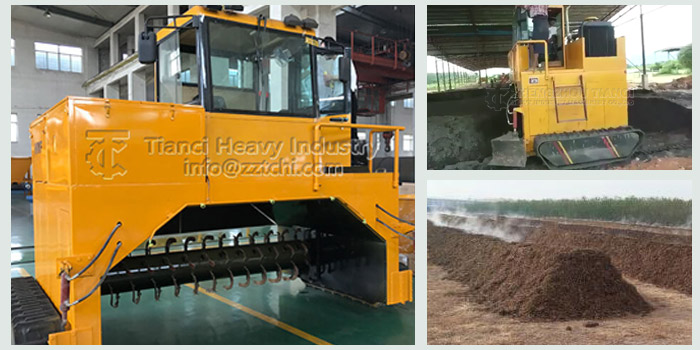 Species and use of strains: microbial strains are the core of bio organic fertilizer products. In the production process, there are generally two links related to the use of microorganisms:

The first is to add the ripening bacteria agent which can promote the decomposition of materials and the function of deodorization in the process of ripening. It is mostly composed of complex bacteria, and the common bacteria are photosynthetic bacteria, lactic acid bacteria, yeast, actinomycete, Penicillium, Trichoderma, etc;

The second is the functional bacteria added after the material is mature, which are mainly nitrogen bacteria, phosphorus dissolving bacteria, silicate bacteria, lactic acid bacteria, Pseudomonas, actinomycetes, etc., and play a specific fertilizer effect in the product. Therefore, for the production of organic fertilizer, the screening and use of microbial strains is a core technology. Only by mastering this key technology can we speed up the decomposition and maturity of materials and ensure the application effect of products.
Previous Article Next Article
solution
products
tel
inquiry