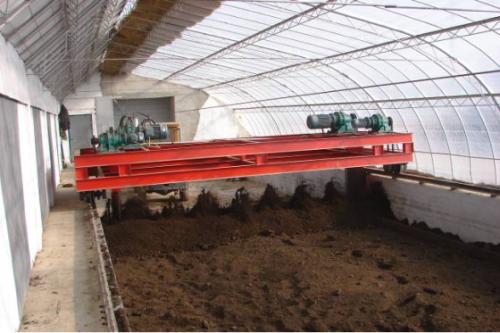 Natural ventilation and passive ventilation are often used in strip stack system, while forced ventilation is used in static stack system and reactor system. In different composting stages, the turning frequency of the stacking system is different, which should be determined according to the specific situation. The temperature is usually used as the mark of whether to turn the pile (the center temperature of the pile is 55 or 60 ℃). For example, rice straw, rice husk, hay, dry leaves, wood chips or sawdust are used as adjusting agents, and the moisture content of the mixture formed with sludge is about 60%. After the pile is built, it is turned over 3 days after the pile is built, and then every other time Turn the pile once until the fourth time, and turn the pile every 4 or 5 days after the fourth time. If waste paper is used as conditioner, as long as the moisture content of sludge mixture does not exceed 50%, it can be turned over at the following frequency.